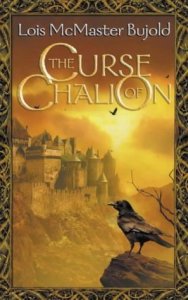 I have blogged before about how I am, in general, bored with the fantasy genre as it currently exists. To me most fantasy seems to be recycled material I have seen over and over again. Considering that I have been reading fantasy since about 1972, that may not be complete hyperbole.

There are exceptions. I am, along with the rest of the Western World, impatiently awaiting George R. R. Martin’s next volume, The Winds of Winter. I have been a fan of Ursula Le Guin’s Earthsea fantasies for literally decades. And I currently reading (and enjoying) Katherine Addison’s The Goblin Emperor, which was nominated for a Hugo this year (a review is in the pipeline).

But these are exceptions. You may notice that each of these examples reside at a very high level of literary quality. Unfortunately, in my opinion, your average fantasy novel falls well short of this level. Worse, there seems to be a lot– I mean, a lot— of formula. How many novels nowadays manage to break free from a medieval-style world (the fact that Martin does it well doesn’t mean it isn’t a worn-out cliche), wizards, dragons, implacable evil, blah blah blah? Too many fantasies these days just seem interchangeable.

Let me introduce you to one that isn’t.

The Curse of Chalion by Lois McMaster Bujold is, in my wildly biased opinion, one of the greatest fantasy novels ever written. The fantasy world she creates isn’t a straightforward medieval rehash; rather, it strongly resembles Reconquista Spain, a welcome change of pace. The story revolves around the breaking of a curse that haunts the royal house of the kingdom of Chalion. The protagonist, Lupe dy Cazaril, is honorable, honest and dedicated, but not boring– he is also deeply wounded, uncertain, and sometimes blundering. The balance Bujold crafts between these attributes is so skillful that Cazaril emerges as a fully authentic character who is good, but not some sort of wax dummy– a narrative feat considerably harder than it looks. Cazaril is the sort of character who immediately engages my sympathy and interest.

Another great selling point of the book for me is that Bujold does not use magic in the story, or at least magic as it’s typically employed in fantasy. Magic is one of things I like least about fantasies, which probably goes a long way to explaining my antipathy to much of the genre. To me magic seems a lazy, over-used device.

Instead, Bujold creates a theology in which the gods are active participants in the story’s action, with their own agendas (what the gods want, in fact, is a major plot-point). This device allows Bujold to talk about a number of issues– faith, surrender to God, duty, miracles– that might be difficult to handle otherwise. It’s an internally consistent piece of world-building that manages to avoid the cliches of fantasy magic.

Although there is violence in the novel, there are no epic battles, and the evil in the story arises from the machinations of perfectly ordinary and understandable human beings and their greed and selfishness. No dark wizards conjuring in black towers; just ordinary villains, clawing their way toward power, who don’t care how many people get hurt along the way. It’s a refreshingly realistic take on conflict in a fantasy setting.

For me this is one of those books you read until the covers fall off. It appeals to me with its sympathetic characters (and not just Cazaril), its rich, well-realized world that resonates with real-world history, and its believable politics and human muddle mingled with questions of the divine. It’s a brilliant example of how to combine the mundane and the sacred, adventure and deeper questions. It’s the sort of story I would very much like to create; Bujold’s execution, though, intimidates me and causes me to doubt I will ever have the skill to do so.

I want to keep trying, though.